Club Presidents will reconvene on Sunday, November 7, 2021 at 8:30a.m.-9:50a.m. to review and finalize the COVID protocols for the winter season.

If you have questions or concerns, please provid that feedback to your Club President or Team Leader in advance of this meeting

The meeting will be held at HomeField:

Coaches should likewise escalate any other competition issues--including proposed rule changes--to their Club Presidents before this meeting!

One of the most thrilling aspects of Olympic Basketball has been the USA Women's Gold Medal performance--whch  reminded us all that three-on-three play is a great way to teach spacing and other basketball  fundamentals . . . so we're playing this fall!  You can register here: http://assn.la/UserForm.asp?RegID=305888&org=ctbball.org

The details and format are as follows:

Grab two (or three) friends because registraiton is now open by clicking here http://You can register here: http://assn.la/UserForm.asp?RegID=305888&org=ctbball.org or going to our website and clicking on the blue Fall 3on3 on our website!

The regular season tips-off in less than 90 days, the preseason Turkey Shoot is less than 80 days and fall 3x3 starts in just a few weeks!

Three things for this week:

(1) Next Level Instruction This Fall @ Wesleyan!

As coaches around the League begin plotting and planning for the 2021-22 campaign, a crash course in "new age" basketball anlytics is posted on our website.  For you old "fuddy duddies", we have also posted the traditional analytics that hold the key to winning, including REBOUNDING, REBOUNDING & REBOUNDING!

Due to popular demain, Three-on-Three Basketball is being expanded to high school and adult age groups to add to the girls and boys grades 4th-8th divisions.   Play will also be expanded  beyond Centerbrook to Norwich, Middletown and New Britain.

You can register here: http://assn.la/UserForm.asp?RegID=305888&org=ctbball.org  Details can be found at our website at www.ctbball.org.  See website for more details.

Coaches can also attend the Coaches Clinic--put on by one of our strategic partnersthe Fall 2021 Nutmeg Basketball Coaches Clinic.

A Crash Course in Basketball Analytics

Published on December 2, 2020 by Warren Fitzpatrick  (Samford University)Share this on: 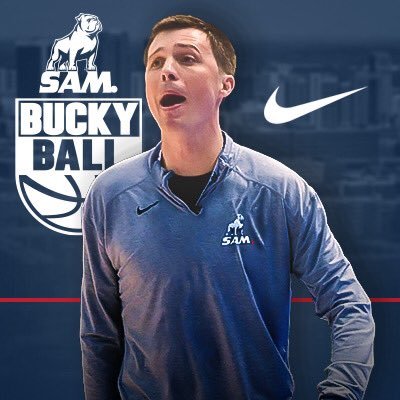 In the same way the industrial revolution swept across the planet in the 18th and 19th centuries impacting every aspect of our lives, big data and sophisticated analytics has had a similar impact on the world of sports. The way coaches make in-game decisions, player recruitment, and everything in between is now fundamentally different from how it was just ten years ago.

The collection of big data and subsequent analytical insights produced has become especially important in the game of basketball. Whether a team is game prepping, recruiting, or trying to develop players, every coach is doing their best to understand and use analytics.

At the professional level, NBA teams have begun to place data tracking cameras at every angle in the arena. These cameras offer NBA teams the ability to track every movement a player makes on the court and sync it with their individual statistics. This data is extremely beneficial but placing cameras around an arena can be expensive. However, expensive technology is not the only way coaches and teams can take advantage of analytics.

Ever since Springfield College instructor James Naismith developed the sport of basketball back in 1891 teams have been collecting basic statistical data like points, assists and rebounds. However, with the advent of big data and sophisticated statistical modelling software, basketball gurus have developed new “advanced stats” that allow coaches to gain a better understanding of what does and does not work. Some of those new stats include:

All thirteen of these advanced statistics can be found for both professional and college teams on Sports Reference. To understand what these stats mean and how they are calculated, Bleacher Report has an article here with an in-depth review. The article lists the stats as “NBA Stats”, but they can be used at all levels if calculated.

The focus of shooting is another set of data that has become prominent in basketball. Companies like Noah Basketball have emerged to track this data. Noah Basketball is an affordable product that records a player’s shot through a camera. Noah then tracks the shot arc, left to right movement, percentage, and ultimately a player’s consistency. Noah is currently being used at every level of basketball and has tracked over 260 million shots.

Another rising company to look for is HD Intelligence. HD works specifically in college basketball. They offer two categories: Schedule Optimization and Performance Analytics. Not only do they use analytics to help scout opposing teams, but they also use data analytics to assist programs in building out their schedules to maximize the likelihood of qualifying for the NCAA March Madness National Championship Tournament.

These are but a few of the ways that big data and analytics is changing the game of basketball. If you know of other articles or resources that discuss cutting edge basketball analytics, please reach out to Dr. Darin White, executive director for the Center for Sports Analytics at darin.white@samford.edu. He is always on the lookout for the latest developments in sports analytics and would appreciate your help.

Warren Fitzpatrick is a senior pursuing an accounting degree with a concentration in sports marketing. Warren also competes on the men’s track and field team at Samford. Warren will be serving at the Samford University Men’s Basketball Graduate Assistant Coach for the 2021/2022 season.

Five most important  metrics that determine the outcome of a basketball game.

FROM THE COACHING TOOLBOX . . .

I learned from my basketball coaching mentor, Coach Mike Sorrell, that the five most important TEAM statistical categories are:

I have found in the 100s of high school basketball games that I have been involved in that it is nearly impossible to win three of the five categories and lose the game. The times that it is possible are when one team dominates the three point shooting or is able to get more possessions by getting the last shot of each quarter.We never ranked them in order of importance, but Coach Sorrell always geared each season’s overall plan and then game planned for each opponent to be able to win at least three of the five categories as I did when I left his program to become a head coach.

Tom Crean conducted a study using Statistics from 2005 Big Ten, ACC, SEC, Big 12, and CUSA Season games that shows that there actually is an order of importance to those statistics.

I found the results of Coach Crean’s study in the newsletter distributed by Coach Creighton Burns:

After seeing the study, I am even more convinced as to the value of keeping the ball out of the lane on defense, taking care of the ball to get high percentage shots on offense, and playing very hard on defense, but without fouling as the staple ingredients for our system of play year in and year out.

Registration is open for the annual Connecticut Basketball's Turkey Shoot on Nov. 26th-28th!

This tournament will be played as follows:

3.Most brackets particularly for those teams that are traveling long distances will be played on the same day in a two to three hour time-period.

The fee for the two games is $185  (You will be billed after your bracket has been filled.) Note: As with all Connecticut Basketball travel play: all players from any Club or team must be from the same town and grade appropriate.

Games will be played accross the state but key nuetral sites include, Centerbrook/Essex (junior divisions only) Woodbridge, Middletown and Norwich.  Bracket assignments will be done to minimize travel.
You can register buy visiting our website at www.ctball.org and clicking on the gray Turkey Shoot button.

With more and more teams from out of state playing in our Turkey Shoot (Pre-Season Tournament) and registering for the 2021-22 regular season and other tournaments, Connecticut Basketball will become New England Basketball on November 1st.

This is a step that brings us closer to realizing the goal of crowning a New England champion at the end of our respective state post-season tournaments.